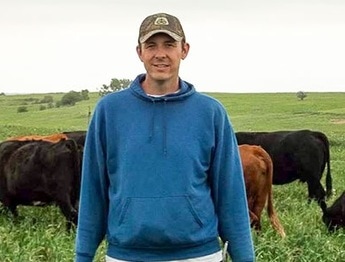 Michael Thompson - Almena, Kansas
Motivation: "I needed pasture recovery time, and there was good forage value. I also wanted to cycle nutrients faster in my no-till system"
Something that went well in 2016: "I have great residue"
Biggest challenge in 2016: "Very cool growing conditions early in the spring limited the amount of forage I grew, so I felt like I needed to postpone grazing. That made for poor gain in my animals. I knew going in that I would have to sacrifice gain if I was to get residue." 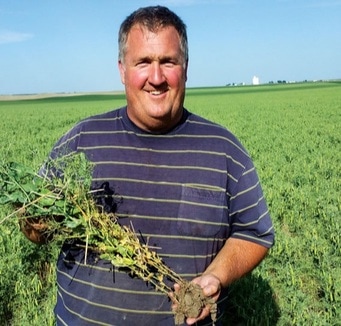 Steve Tucker - Venango, Nebraska
​Motivation: "Roots are key to building soils, and plants are key to building organic matter to feed the biology in the soil"
Something that went well in 2016: "Our cover crops grew quite well."
Something I'll do differently next year: ​"Plant earlier, get grazing sooner, increase stocking rate, run through it faster. More like mob grazing."
Lessons learned? "I learned that some cover crop species are relentless and might be a burden in the future."
Also, from the livestock helper: Go pick out the cattle yourself. Don't let the feedlot just send them to you. The ones I got were angry. 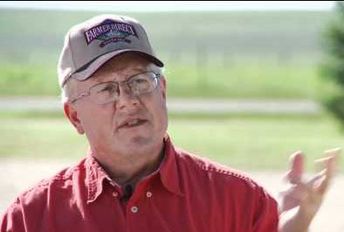 Curt Sayles - Seibert, Colorado
Motivation: Wants to get rid of perennial weeds, stimulate nutrient cycling, and believes livestock closes the loop in the system.
Something that went well in 2016: "Our extended grazing made for great calving, cows responded well, and grass fed steer project showed great promise."
Challenges in 2016: "Keeping adequate water in front of our grazing herd was a challenge. Second, paddock grazing is labor intensive. We need to evaluate the economics. Also, the mix we used might not be the best for our environment" 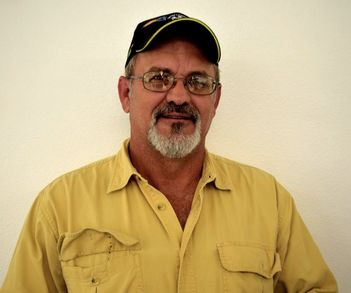 Mike Neff - Dresden, Kansas
Something that went well in 2016: "The infiltration rate just blew me away"
Biggest challenge in 2016: The forage mix started maturing, so he swathed it for feed. He tried to cut it high enough to get regrowth, but there wasn't good residue after swathing. 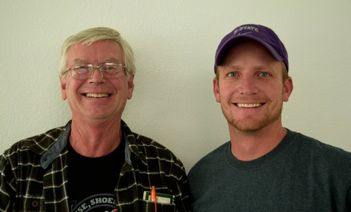 Larry and Doug Manhart - Grainfield, Kansas
Motivation: ​Herbicide-resistant weeds and visible economic gains with cattle.
Anything Unexpected? No yield drag in following crop since integrating forages and livestock into crop rotation in 2013.
Challenges: Overgrazed some spots because cattle eat regrowth on their way to  water. 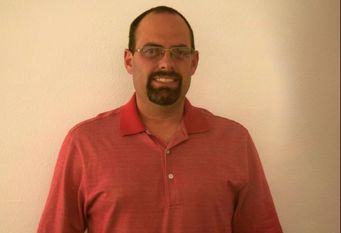 Lance Feikert - Bucklin, Kansas
Next crop: ​Wheat came up well and looks good after the spring forage.
Lesson learned in 2016: "I would have put on 20 lb N and left more residue if I could have done it again. It would have been a foot - foot and a half taller if I'd fertilized."